These are heavily inspired by the EAA Chapter 1000 Standardized Work Tables, only designed to to be 2 feet by 4 feet instead of 2 feet by 5 feet. A bunch of people in the cozy community prefer joining 6 tables of these size to ultimately create the plans-recommended 12 foot by 4 foot table for the wings and other large pieces. This is my take on that.

Starting on the fifth table, the primary goal is to simplify construction by removing the use of half-laps entirely. Here’s what I came up with:

Here’s image of what I came up with: 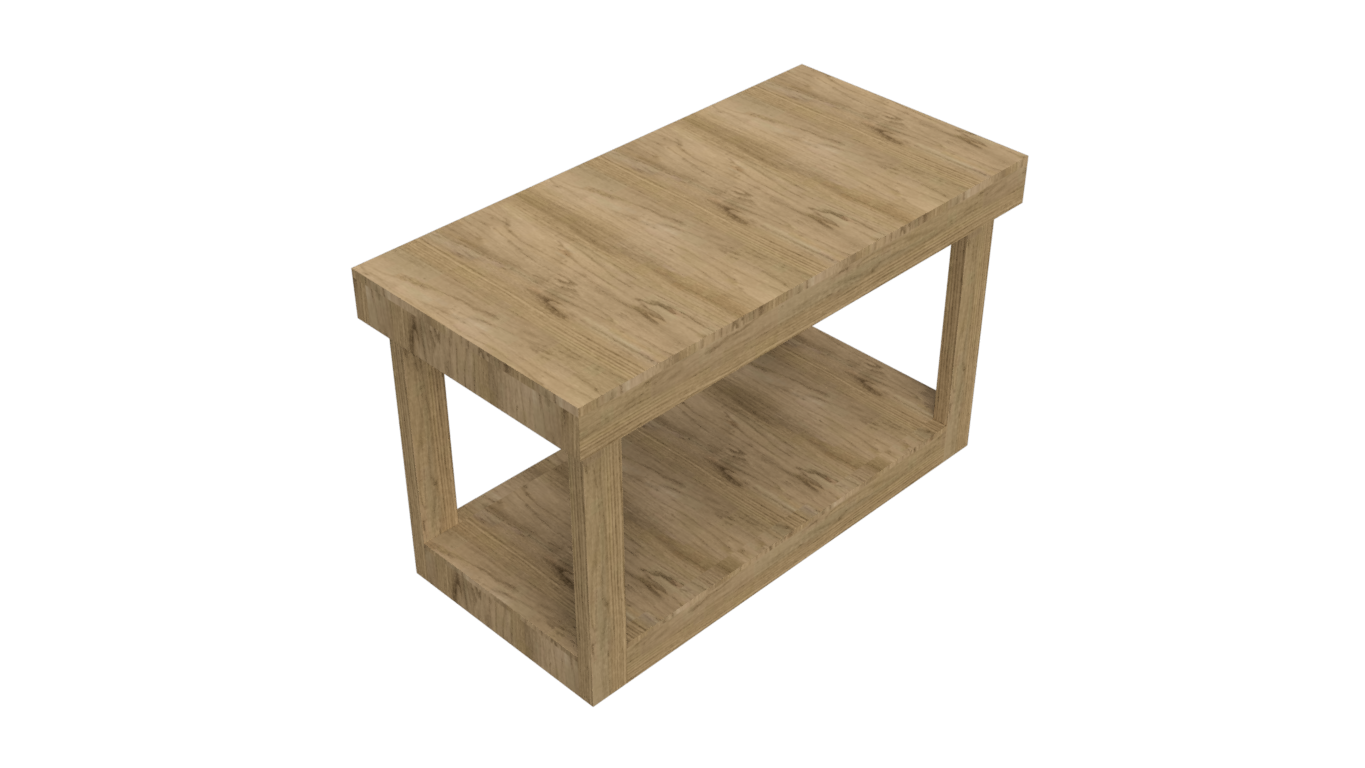 None of these previews include the wheels, because my CAD-fu isn’t good enough.

On the fourth table I built, I had what’s really the second meaningful change to the design of my tables This results in a larger bottom shelf, and a much easier build process. There’s still work to improve the build process and make that easier, which will be part of the version 1.4 design.

In this version, the top is still made using half-laps, but the bottom-shelf frame is joined using butt-joints and mostly screws.

Some thoughts I have on improving this one:

Because of both, expect to see a version 2.0 sometime in the future, as I create additional workbenches.

Initially, I designed these to basically join using half-laps. Essentially, each wood stud would have either dados or rabbets cut into them, then I’d join them together using glue and screws. This makes for a very strong table, but it’s more than I need. Archived here is the initial table version. 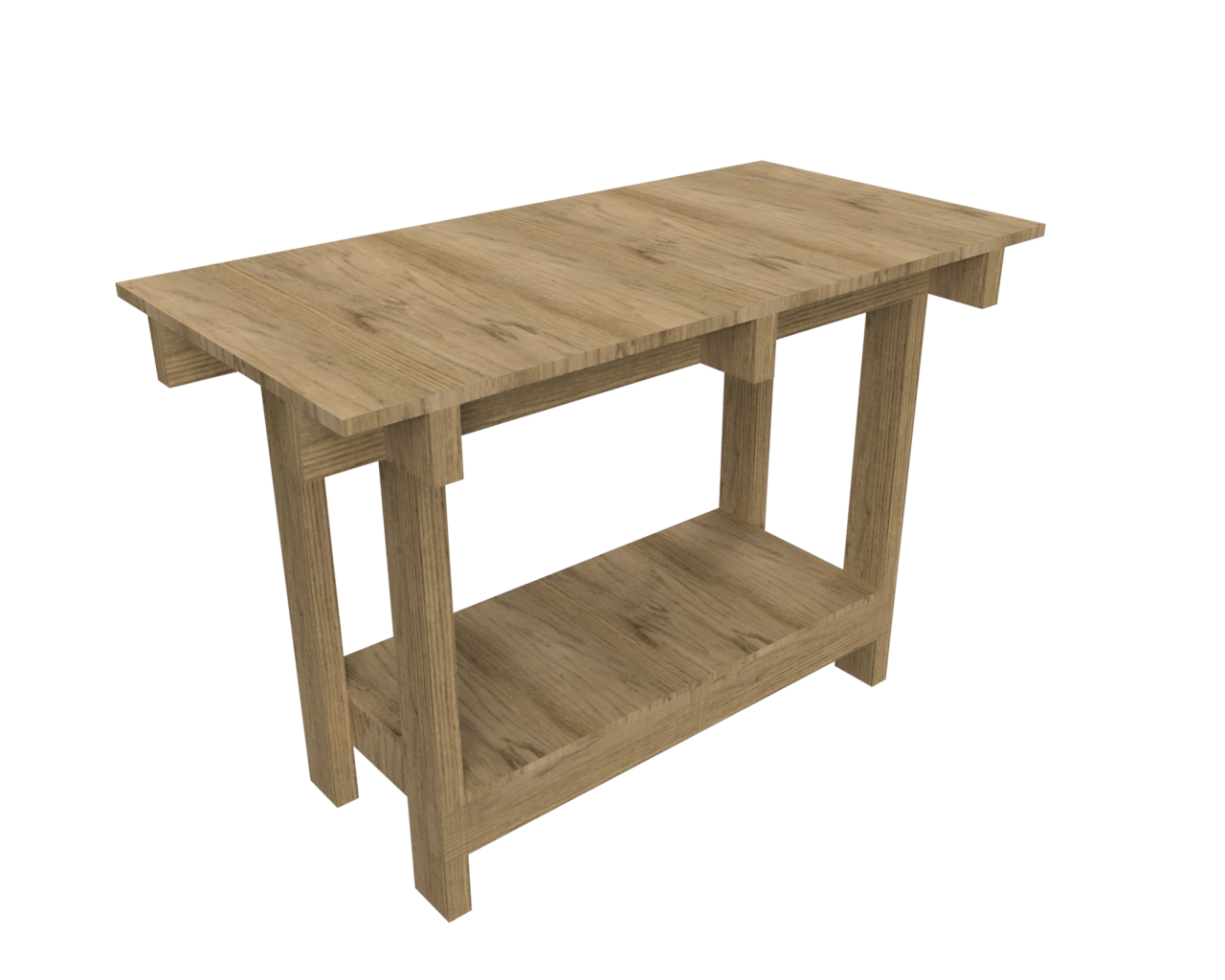 This is made using 2x4 studs and plywood, held together using simple woodworking joints, with wood glue and screws to supplement.

To minimize material needed to buy, you can buy 6x 8’ studs, and have the lumber yard cut them to size. Additionally, for the plywood, it’s significantly cheaper to buy 4’ by 8’ sheets (oftentimes, these sheets only cost about twice as much as a project board, but you get 4 times as much material), and either cut them down yourself, or have the lumber yard do so on site. Most places won’t charge you to get the wood cut.

After the initial table, in the next 2 versions, I added 4x 3“ castering wheels to each table. This required cutting the 32“ studs to only 28“, and some additional spacers between the bottom of the studs holding the bottom shelf and the wheels.

First, we’re going to build the frame, then screw in the table and shelf tops.